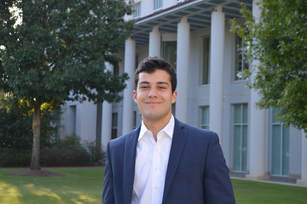 Yiannis was born and raised in Harrisburg, Pennsylvania. His family is originally from the Nafpaktos area of Greece, though both his parents spent their childhood in Athens before moving to the United States. Yiannis is currently a senior at Emory University, double majoring in Business and International Studies. Following graduation, Yiannis will be moving to New York City to join Morgan Stanley. During his freshman year of college, Yiannis founded the Emory University Hellenic Society and has served as co-president ever since. He also completed two summer internships in Athens, Greece for Piraeus Bank and the Libra Group in 2015 and 2016, respectively. Yiannis enjoys spending time with family and friends, playing soccer, traveling and expressing his love for Hellenism! 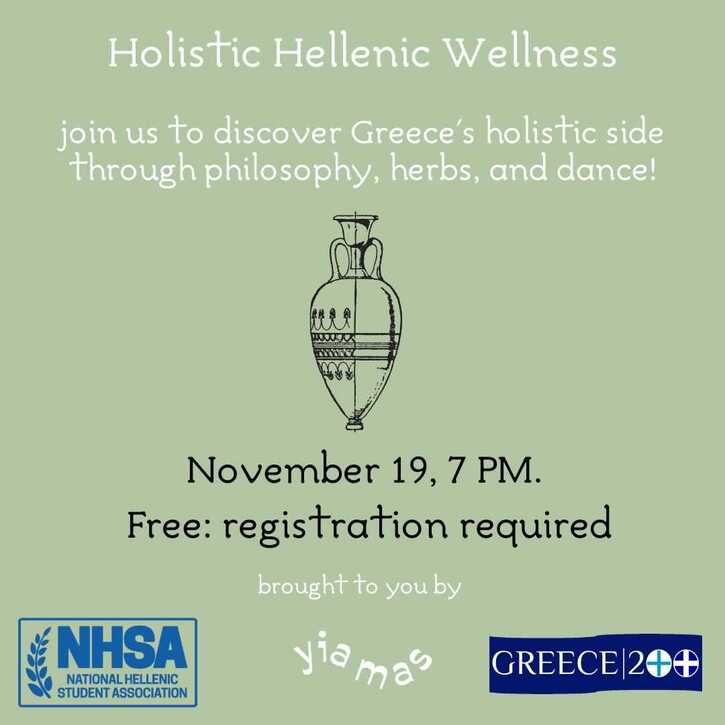 Marina is a product developer for MAC Cosmetics under Estée Lauder Companies. She attended the Fashion Institute of Technology in New York City, majoring in Cosmetic and Fragrance Marketing where she graduated in May 2018. Her numerous involvements in volunteer work have helped charities fulfill their mission to give back to the community. During the holiday season Marina volunteers with Stockings With Care, an organization which provides gifts to families that cannot afford to buy presents for their children.  Marina is proud of the Greek values she carries which led her to joining NHSA to expand her involvement in promoting a strong Greek community in North America. 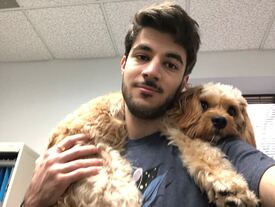 ​Born in Thessaloniki, Theotokis Katsanis traveled to England a few days infant due to his father's work for 3 years. He has a passion for skiing and has participated in races representing his city Larissa. He loves animals and owns a Cavapoo named Luna. He is currently studying Business Administration at University of Maryland University College.

Konstantine Ouranitsas is a consultant with the Project Controller practice at Deloitte Consulting, LLP. in New York City. Prior to that he was an analyst on the Research & Underwriting team for LBC Credit Partners, a private debt fund. Mr. Ouranitsas is NHSA’s Chairman, Advisory Council Chairman, and Past President. He was responsible for incorporating NHSA and turning it into an IRS recognized 501(c)(3) nonprofit organization. Within the Hellenic community, Mr. Ouranitsas serves as the Treasurer of the Federation of Hellenic American Societies of Philadelphia and Greater Delaware Valley, Vice President of AHEPA Chapter #26 Philadelphia, Young Leader of The Hellenic Initiative, board member of the Hellenic American Chamber of Commerce, and a member of the Board of Directors of the Hellenic University Club of Philadelphia. He is the co-founder & past president of the Hellenic Student Association of Philadelphia and the past president of the Drexel University Hellenic Student Association. Mr. Ouranitsas graduated from Drexel University in 2014 with a BSBA in finance after completing a 5-year co-op program. He was born and raised in New York City and is of Pontian descent. 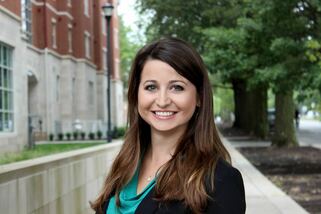 Tamika was born and raised in Middletown, Ohio, located north of Cincinnati. Her family is originally from Edessa, Greece. Tamika graduated from the University of Kentucky with a B.A. and M.A. in Communication. Currently, she is a career counselor and a Lecturer in Communications studies teaching public speaking, and business communications at the University of Kentucky. She has conducted workshops at previous NHSA conferences that focus on career development, networking, and proper verbal nonverbal communication skills. As the consultant, she will be guiding the executive board in management and leadership development.​ Tamika loves meeting new people, going to UK basketball and football games, traveling to new cities, and Greek dancing every chance she gets! 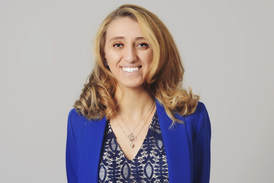 Elpida is a current Masters of Public Health candidate at Columbia University where she is concentrating in Health Policy and Management. She received her undergraduate degree from Boston University in Human Physiology, Spanish, and Public Health. At Boston University she was the hellenic association's President for three years and collaborated with other university hellenic associations in the area to host events. She became part of NHSA after attending her first convention in Baltimore 2016, follwed by her involvement in the Fall 2016 Boston Convention. Outside of school and NHSA, Elpida has spent time volunteering in the refugee camps in Greece and a Greek public-health geared NGO, as well as, doing research at Brown University on the prescription opioid and related-mortality's crisis. She has lived in Boston, Los Angeles,Greece, Johannesburg, Madrid, and now New York. An extroverted, social personality, she hopes to use her skills to connect, educate, and unite the Hellenic community through NHSA. 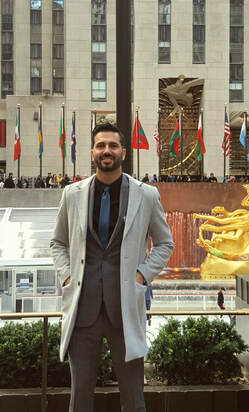 Fotis was born and raised in the heart of Toronto’s Greektown. His Greek roots are from Karditsa on his father’s side and Sparti from his mother’s side. Fotis is a recent graduate of the Ted Rogers School of Management at Ryerson University, majoring in hospitality and tourism management. His education at Ryerson consisted of a theoretical knowledge base and practical skill set preparing him for the hospitality & tourism industry. For two years he was president of the Hellenic Students Association at Ryerson University, which allowed him to get involved with the Ryerson student Union, collaborate with a variety of student groups and engage with the Greek student body. Most importantly, he had the chance to practice various skills that can be applied in the professional world such as leadership, team building, effective networking and marketing. Fotis recently got a job in the food and beverage department at the Four Seasons hotel in Toronto where he is growing his skill sets of the hospitality industry. In 2015, Fotis attended the Pan- Messinian Kalamata University Program where he participated in Greek language, history, and music classes as well as touring all over the Peloponnese with students of Greek Diaspora. During this trip, Fotis developed a deep appreciation for the connection of Greek Diaspora. Fotis is currently serving a second term as regional director of Toronto. Fotis continues to enhance the connection between Toronto’s Greek students and young professionals with the NHSA community. 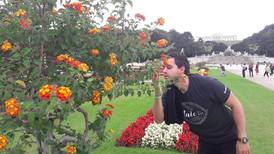 Vaggos Chatziafratis came to the US in 2015 and is currently a PhD student of Computer Science at Stanford University. He is the president of Stanford's Hellenic Association and through multiple events, he tries to keep the Greek spirit alive. He grew up in Athens, where he studied Electrical Engineering in the National Technical University of Athens. He plays the piano and is happy to socialize from people around the world. Despite the long distance, with the first chance available, he always travels to Greece and to the islands. 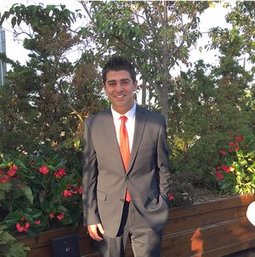 Fotis Tompoulidis was born and raised in Middletown, Ohio and his family is originally from Edessa, Greece. He is a graduate of the University of Kentucky with a B.A. in Business Communication and currently lives in Chicago, Illinois. Other than his involvement with NHSA, he is involved with the Dayton, Ohio AHEPA chapter, UK's Lambda Pi Eta Communication Honors Society Chapter, UK Alumni Association, and several of the local Chicago HSA chapters. He is also a former Logistics Account Executive at Total quality Logistics, Philanthropy Officer at the UK's Office of Philanthropy, and a Radio DJ and Talk Show Host at WRFL. Fotis's future goals are to obtain a MBA in marketing management and continue to pursue a career in either marketing or public relations. In his off time, Fotis enjoys playing soccer, traveling, and spending time with friends and family. Fotis is excited to work with NHSA in helping start new chapters and promoting Hellenism.