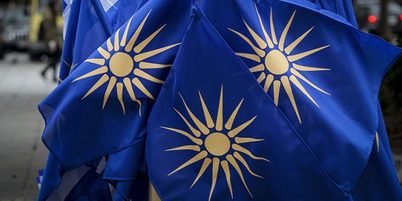 The Macedonian name issue is not a name issue – it is a historical and cultural appropriation bordering on the impingement of sovereignty. Some experts fear surrendering the name wholesale surrenders any defense against future irredentist claims by the neighboring state regarding cultural or territorial rights, with ecumenical implications.
​
Firstly, consider similar cases that haven’t provoked such international discourse. There are hundreds of cities whose names are appropriated from Greek history. Twenty-nine places in the U.S. alone are called Athens, and another 20 named Alexandria. Furthermore, consider other compound names like “New Mexico” or even “New England”. Or, in case you thought the Greeks never did the same, consider “Nea Smyrni” in Athens, stemming from the city of Asia Minor from which its residents fled in 1922.

Herein, however, lies the great insurmountable difference. The Americans never took along with the name the inventions, culture, and historical legacy of the ancient Greeks. Nor did they equate the legacy of the British Empire with the history of the colonial states. And, let us not forget the places whose Hellenistic names are in fact tied closely to Greek culture and influence, and which have given birth to Hellenes of the diaspora, like the eminent poet born in Alexandria, Egypt, C.P. Cavafy.

Secondly, in the words of the former mayor of Skopje, and designer of the FYROM flag (the Vergina Sun – an ancient Greek symbol), “The story of perennial national existence is, to me, a crazy story. This ridiculous connection between our modern state and Alexander the Great and Philip, 2000 years ago, is simply ridiculous.” He goes on to say, “before 1944 there was no Republic of Macedonia. It was founded on August 2, 1944. “Macedonia” was founded on the backdrop of Czechoslovakia and Tito’s Yugoslavia.” [1]

Thirdly, we must understand why FYROM zealously draws a direct correlation between their nation-state and the ancient Greek Macedonians. The answer requires a canon’s worth of dissertations. I’ll leave you to answer that for yourselves, in light of this quote: “Future ages will wonder at us. As the present age wonders at us now.” – Thucydides. [2] It is thus no wonder that FYROM, in an effort of nation-building, wants to brand itself as the natural continuum of ancient Greece. It also offers political favorability among the less educated and fortunate to be told they are entitled to the legacy of the ancient Greeks. [3]

A resolution rests on the horizon, nonetheless. Σταύρος Λυγερός, a Greek journalist, has coincidentally shared the same principles I have reached. There are two fundamental parts to an amicable solution:

1.     Τhe abandonment, in writing and in practice, of all irredentist policies seeking to appropriate, even usurp, the ancient Greek culture, history, geography or language. Ancient Greek history and culture – Macedonian, Athenian, or Spartan, including Alexander the Great, Pericles, and King Leonidas – while unifying and universally renowned, belong solely to the Greeks.

2.     The appreciation and recognition of the broad geographical, historical, and ethnic nature of the Macedonian region as it has fluctuated over the years, with wars, treaties, and dissolution and creation of nation-states. The current boundaries of the geographical Macedonian region are “Mt. Olympus, the Pindus range, Mts. Shar and Osogovo, the western Rhodopes, the lower course of the Nestos river, and the Aegean Sea.” It includes Greece, FYROM, Bulgaria, Albania, Serbia and Kosovo. [4]

The second point, in conjunction with the over 50 years of FYROM constitutionally proclaiming the use of “Macedonia”, their geographical stake in the name, and recognition of the name by over 100 other countries, makes it irresponsibly defeatist to reject all compound names. However, for the same reason, it is impossible for “Macedonia” to refer to a single country, whose ethnicity and language will be referred to as “Macedonian”, when there are Albanians, Bulgarians, and millions of Greeks who self-identify as ethnically Macedonian. This then precludes the use of a compound name such as “New Macedonia”.

As such, the widely criticized, but reconciliatory, proposal for a “compound name, towards everyone (erga omnes), with a geographical qualifier” [“Northern” or “Upper”], is in the best interest of both nation-states. It would allow the two countries to continue bilateral cooperation in the areas of trade, immigration, defense, and intelligence-sharing. Furthermore, it may reduce any nationalistic – vs patriotic – sentiment that has been misguidedly inflamed on both sides. It prevents future irredentist claims by the neighboring nation-state towards any cultural, historical, or territorial rights of Greece, while weakening the claims of nationalist Greeks that could destabilize Greece’s relationships in a time of global insecurity.

More so than ever, at a time when misinformation and obfuscation are tactics readily employed by extremist groups and even governments, and sensibility has lost to sensitivity, we must remain vigilant and steadfast in preserving the historical facts and the peace. It is for the ultimate triumph of the truth for which we must rally.